Showing posts from April, 2009
Show all

April 12, 2009
Local progressive ladies have invented a new way to amuse themselves:
On a sunny Sunday afternoon earlier this month, about a dozen Bethany Community Church members knelt by the shores of Green Lake, filling 5-gallon jugs with water and carrying them part way around the lake.

It was a way to experience, at least for a few minutes, the heavy burden borne by women and children in Uganda who sometimes walk for miles each day to get water for drinking, cooking and washing.After the physically and psychically exhausting “few minutes” it’s off to a nearby eatery for some heavy reflection and light dining (white wine, duck salad, and pan seared scallops). If these women want a more authentic and exhilarating Uganda poverty experience they should toss out some yams and then gather them back up while some Tumbo-Mbonga type dressed in a loincloth beats them with a switch for not gathering fast enough. I sense a business opportunity.
9 comments
Read more 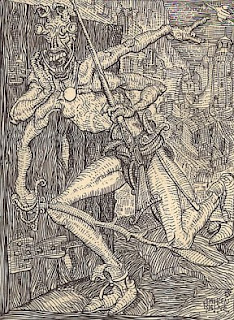 Madonna’s bid to adopt a Malawian child stalled after a judge ruled the pop star failed to meet residency requirements.

Madonna intends to harvest the child’s stem cells then inject them in hopes it will slow down her over ripening process, and argues if the child is allowed to stay in Malawi it will only go to waste.

President and Mrs. Obama traveled to London for the G20 Summit. There they met the Royal Family, whom Michele impressed by lifting the Queen above her head (three times). They also gave the Queen an iPod.

At the actual G20 Summit the economic situation was a major concern. There was little agreement, but there was consensus that tax havens like tiny Liechtenstein who had nothing to do with causing the economic crisis should be punished.