Showing posts from June, 2006
Show all

They want us all swimming, don't care if we drown

June 25, 2006
Tragedy struck twice yesterday in the greater Seattle area, as two men drown in separate incidents. Meanwhile not a single person yesterday died solely because of second hand smoke, in the in the greater Seattle area or anywhere else. It’s illegal in Seattle to smoke within 25 feet of doorways to prevent the slightest involuntary exposure to non-harmful second hand smoke, but it would be far more sensible to make it illegal to go within 25 feet of deadly water.
6 comments
Read more

Things would be better if only things were better

June 25, 2006
Whenever I read about the situation in Darfur I think things would be better if only there were some way to convince the Janjaweed to attend a few sexual harassment workshops. I must remember to mention this to Kofi Annan the next time I see him.
Post a Comment
Read more

Inclusiveness, tolerance and opportunity - but not for Mr. Smith

June 22, 2006
"[Maryland] Gov. Robert L. Ehrlich Jr. [a Republican] fired one of his appointees to the Washington Metropolitan Area Transit Authority yesterday after the board member asserted on a local cable talk show that homosexuals lived a life of "sexual deviancy."

The termination came a few hours after Metro board member Robert J. Smith, an architect and unsuccessful Republican candidate for the General Assembly from Montgomery County, was publicly confronted by a transit board colleague. Board member Jim Graham, a District of Columbia councilman who is openly gay, called on Smith to disavow his remarks or resign during yesterday's regular meeting of the panel, which oversees Metro business.

Smith said that he stood by his beliefs, which he said stemmed from his Roman Catholic faith, and insisted that he would not resign unless ordered by the governor.

"Governor Ehrlich got it; Mr. Smith was clueless until the end," Graham said. "This is serious. To defend this …
Post a Comment
Read more

June 20, 2006
[All statements by Michael Bolton are real and courtesy of Virgin Records]

C. Van Carter: What advice would you give to someone purchasing your new album, Bolton Swings Sinatra?

Michael Bolton: You're really setting yourself up for disappointment.

CVC: If you were singing a song, and in the middle of the song someone pinched your balls with a pair of pliers, would the song sound any different?

MB: It's a question that I've asked myself a few times.

CVC: Because I’m convinced the song would sound exactly the same.

MB: I'd have tears running from my eyes.

MB: But I love that!

CVC: Would it be fair to describe you as the King of Crap?

CVC: And you don’t feel any guilt for inflicting your awful songs on the public?

MB: I just feel like the best I can do is step up to the microphone

MB: I don't know WHAT that is, but I love that!

Why so blue panda bear?

June 20, 2006
The United States and Japan are upset with North Korea’s plans to test fire a long range missile. The missile, called the Taepodong-2, is believed to have a range of up to 9,300 miles. Little good can come from this, unless the missile lands on top of Nancy Grace.

Meanwhile Australia, Britain and the United States are mad at Japan for wanting to end the moratorium on the great sport of whaling:
With a majority vote for a declaration to return the International Whaling Commission to its original mission as a body that regulates whaling, Japan and other pro-whaling countries finally have gained the upper hand in a battle over a two-decade-old commercial whaling moratorium…The declaration approved at an IWC annual meeting in the Caribbean nation of St. Kitts and Nevis says the whaling moratorium is no longer necessary, and that whales, which consume a large number of fish, have posed a threat to food security for coastal countries. The declaration calls on the IWC to form policies and re…
3 comments
Read more

June 12, 2006
I studied Portuguese in college, so I occasionally look at Brazilian news to remind myself what a waste of time and money that was, and to unearth under reported gems like Zé Gotinha, an hideous creature currently terrorizing the Brazilian countryside.1 Recently a photograph was taken of Zé Gotinha attempting to abduct a child.2 The little child (or 'criança pequena', as those of us who took Portuguese in college like to say) escaped physically unharmed, but mentally was severely traumatized, and now the poor thing screams at the sight of marshmallows.

1Someone notify the fellows at Cryptomundo.

2Don't confuse this Brazilian Bigfoot, who is a smooth skinned albino with small feet bearing no resemblance to the North American Bigfoot, with the other Brazilian Bigfoot known as the Mapinguary, who is dark and furry and also in no way resmebles a Bigfoot, instead being similar in description to the genus of extinct giant gound-sloths called mylodontids.
Post a Comment
Read more

The desecration of a delicate art

June 08, 2006
Michael Bolton has recorded an album of songs made famous by Frank Sinatra, Bolton Swings Sinatra (“swings” being a euphemism for “craps upon”). It would have been easy enough to record a set of new songs, but for a certain type of mediocrity the realization he’s incapable of producing art gives rise, not to modesty, but an urge to destroy the art produced by others. Bolton is of this type, as were the Talibanis who blew-up those giant Buddha statues. So too are the misshapen amateurs who desecrate the art of pole dancing with their clumsy gyrations. Please ladies, leave the stripping to the skilled professionals. If, for example, it's hard to tell if you're preganant or just fat (i.e. the woman on the right), stay off the pole, your ruining a beautiful thing for everybody. 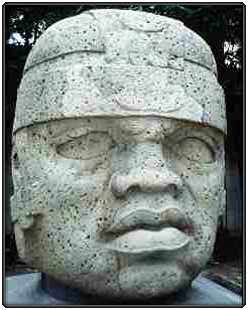 From the files of Professor Glen Morangie:

Day of the Lapham

"I would like to hunt down George W. Bush, the president of the United States, and kill him with my bare hands." [On Simple Human Decency, Harper's Magazine, June 2006]

We all have our dreams, but given Metcalf is your typically puny New York literati, it’s doubtful he could take Barbara Bush mano y mano. A more effective assassination method would be to finagle a White House dinner invitation for Harper’s editor Lewis Lapham who could then bore the President to death with his tedious and interminable blatherings.
1 comment
Read more

The fumes of sighs 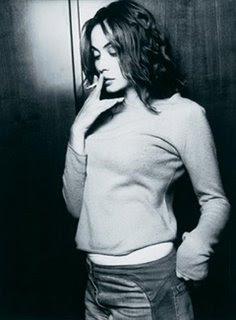 According to the Washington Post, “teen smoking has dropped by almost 50 percent since the late '90s”. I’m not surprised, from what I’ve observed of modern youth they only open their maws to babble on cell phones or to shove in another McWhopper Doublejackburger™. Smoking is a civilized pastime, and civilized pastimes hold little appeal for our pudgy pubescents.

We have a planetary emergency

Ever get the feeling you’ve been cheated?

June 01, 2006
Decent, hardworking American families are uprooted and a lovely American neighborhood is abandoned to lawless foreign newcomers, in exchange for cheap labor and the minor and temporary alleviation of the sentimental qualms of guilty whites: Changes in Orange bring exodus [via Larry Auster].

Ever get the feeling you’ve been cheated?
4 comments
Read more
More posts