Showing posts from July, 2010
Show all

July 28, 2010
In a column about his epic journey from liberal Democrat to liberal Republican , pundit and milquetoast David Brooks reveals he enjoys eating garbage : "So I sit there in my green jacket, happily chewing on a Twizzler that I probably left in a pocket in 1979..." Disgusting as Brooks habit is, I suspect most establishment pundits of the official press  are secretly harboring far grosser vices.
2 comments
Read more 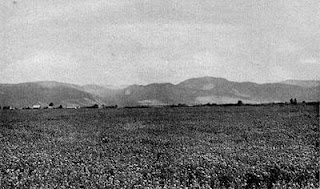 Photograph of anomalous big cat roaming field. The Black Beast of the Bay (an anomalous big cat ) was spotted prowling Whitby again this summer . The accursed town was also attacked by a raft of poisonous snakes , and at the moment the air in Whitby is obscured by massive swarms of insects . The bugs have “caused havoc”, are “known to spread diseases”, and are capable of “ infesting the softest parts ”. Ominously, “Experts predict the invasion will…soon attract…predators.” Meanwhile, in Driffield, absolutely nothing continues to happen .
2 comments
Read more

Secret of the Lamprey

Scientists studying sea lampreys have unlocked the mystery of human stress hormones. Eons ago, when Man was still an Aquatic Ape , disgusting lampreys would cling all over him, drain his blood, then drag him neath the waves. Researchers now believe these attacks caused a lot of stress, so stress hormones were evolved as a countermeasure. While Man eventually gave up being aquatic, fears of being covered in lampreys and dragged neath the waves can still induce anxiety in some beachgoers. Fortunately, Modern Man is able to augment his stress hormones with relaxing cigarettes, though the bureaucrats hate to admit it.
Post a Comment
Read more 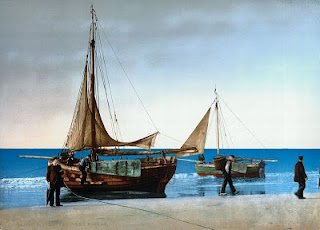