Showing posts from August, 2010
Show all

August 22, 2010
Exciting developments on the urban planning front, happening in Sudan, of all places: The authorities in southern Sudan have unveiled a $10bn (£6.4bn) plan to rebuild the region's cities in the shapes of animals and fruit. Elaborate blueprints for the new cities have already been drawn up. The regional capital, Juba, will be relocated and designed in the shape of a rhinoceros. Wau, the capital of Western Bahr el-Ghazal state, is to be a somewhat unwieldy giraffe… In Juba, the office of the regional president is situated where the rhinoceros's eye should be. In Wau, the sewage treatment plant is appropriately placed under the giraffe's tail. There is talk that the town of Yambio will be shaped like a pineapple. The creativity and ambitiousness of these designs could wake up our urban planners to possibilities besides light rail trains and sterile modernist blight. Imagine an American city in the shape of Mickey Mouse, or a hamburger. It’s about as likely as the Su
12 comments
Read more 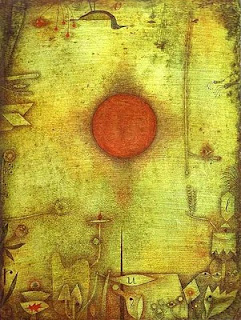 You sunburnt sicklemen, of August weary, Come hither from the furrow and be merry: Make holiday; your rye-straw hats put on And these fresh nymphs encounter every one In country footing. - Shakespeare, The Tempest (4.1.134-38).
Post a Comment
Read more

August 18, 2010
Eat, Pray, Love Watch, leave, vomit. The Expendables The Dependsables. Dinner for Schmucks The French film Le dîner de cons , adapted for American audiences (all the intelligence, subtlety, and wit was removed). Starring the painfully unfunny Steve Carell, widely considered one of the leading comedic actors of our time. Lottery Ticket On the eve of a holiday weekend a young negro (played rapper Bow Wow) learns he has a winning $370 million lottery ticket. For the next three days his neighbors and relatives in ‘da hood’ try to steal it from him while the audience yells things at the screen. Lottery Ticket 2 Set six months after Lottery Ticket , a young negro (played by rapper Bow Wow) declares bankruptcy after having squanderd $370 million. The audience yells things at the screen, eventually his corpse is found in a dumpster. Scott Pilgrim vs. the World A hipster who looks like a homosexual fetus (Michael Cera) attempts to win the heart of a girl. Based on a comi
8 comments
Read more 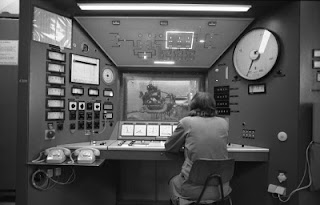 Scientists at the Max Planck Institute think protons are much smaller than “previously thought”. One day over lunch,  Professor Glen Morangie theorized crumbs are actually much larger than previously thought. “Those are croutons,” I told him.
2 comments
Read more

August 03, 2010
Deep in the Texas woods cryptozoologists searching for Sasquatch found something far worse: a sinister forest donkey , lurking suspiciously. Could the entire Bigfoot phenomenon be a hoax perpetrated by donkeys? The cryptozoological community should strongly consider it. Meanwhile, in Lapland (when was the last time you heard that?), a Thai berry picker vanished after reporting by cell phone “Something weird is following me, it's like a dog or something.” Could the poor berry picker have been followed, then abducted, by a forest donkey? The local Poliisi should strongly consider it.
1 comment
Read more

August 03, 2010
My Blogger Stats say the most popular ADC post of the summer is a picture of an orange telephone . The second most popular is the inscrutable Report of the Board of Consulting Engineers, Vol. 1 .
Post a Comment
Read more
More posts