Showing posts from October, 2005
Show all

October 31, 2005
Given the abundance of Iranian taxicab drivers in New York City, when I read the following story I was shaken by the feeling it presages the tragic fate awaiting poor Maureen Dowd if she doesn’t come to her senses in the next few years: Tehran, Iran -- A 52-year-old Iranian has been sentenced to death for killing his 70-year-old lover when she asked to marry him, a newspaper reported Monday. A court report in the Etemad daily said a taxi driver, identified only as Hamidreza, became furious when his elderly lover Setareh proposed marriage. "I went to her house and she said she had deep feelings for me and suggested we get married," he told the court. Hamidreza explained he already had a wife and children. "She then got frustrated and slapped me," he said. The man knocked her unconscious and suffocated her with bed-sheets before making off with her jewelry.
1 comment
Read more

I already cast my ballot absentee

October 23, 2005
I’ve finally discovered a politician I can enthusiastically support. His name is David Irons , he's running for King County Executor, and while I have no idea (or care, really) what he believes, I greatly admire the fact he once knocked down his mother (from what I’ve heard she had it coming, not that it matters). If there’s one thing we need right now in politics it’s a man who refuses to let anyone block his way, especially bossy old ladies. I hope all those eligible to do so join me in voting for David Irons.
6 comments
Read more

October 23, 2005
A parrot in the UK has died from the lethal H5N1 strain of bird flu . It occurs to me a cunning plot for the Al-Qaedians would be to intentionally infect birds with deadly bird flu, then ship them (or convince the birds to fly on their own) to Western countries to spread disease. I wonder if anyone who knew this parrot ever heard it say “Allah Akhbar” or “Death to the infidels” or anything similar that might be suggestive of a link to Mohammedan terrorism?
2 comments
Read more

October 19, 2005
Posting will be sparse (if not non-existent) until after The Breeders' Cup , the biggest day in horse racing. Three cocktails inspired by the sport of kings: Whirlaway , named in honor of the 1941 Triple Crown winner (or was it the other way around?). Turf Cocktail . Suburban , an excellent drink, this obscure and unusual cocktail was named after The Suburban Handicap.
Post a Comment
Read more 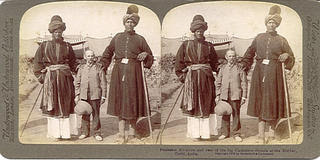 The eruption of total music

October 11, 2005
There was no music and there were no flashing lights or flickering screens in the pub, just a few people gathered around small tables, chatting and having a quiet drink. Only an occasional burst of laughter rose above the sociable murmur. I cursed the electricity that produces so many little hells of electronic stimulation, until I recalled that I like my drinks cooled. No music! That its absence should strike me so forcefully, rather as the heat when you step off an air-conditioned aircraft into a tropical country, demonstrates how insidiously pervasive it has become in our urban environment. It is like a poisonous gas that a malign authority pumps into our atmosphere, whose doleful effect, and probably purpose, is to destroy our capacity to converse, to concentrate, to reflect. It agitates us, keeps us constantly on the move, makes us impulsive and lacking in judgement. - Theodore Dalrymple , on why the Baroque is superior to Rock . Like Dr. Dalrymple, I too despise the omnipresen
2 comments
Read more 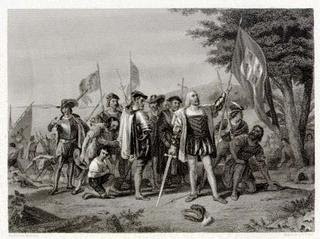 "Steered west-southwest; and encountered a heavier sea than they had met with before in the whole voyage. Saw pardelas and a green rush near the vessel. The crew of the Pinta saw a cane and a log; they also picked up a stick which appeared to have been carved with an iron tool, a piece of cane, a plant which grows on land, and a board. The crew of the Nina saw other signs of land, and a stalk loaded with rose berries. These signs encouraged them, and they all grew cheerful. Sailed this day till sunset, twenty-seven leagues." - the journal of Columbus in his voyage of 1492 . It’s become unfashionable to celebrate Columbus Day. The campaigners against Columbus Day hate Columbus because they hate Western Civilization in general, but they also despise him for a more specific reason: Columbus risked life and fortune to sail across uncharted waters and discover The New World. The achievement of greatness through daring and adventurousness is intolerable to the various mediocritie
2 comments
Read more

October 07, 2005
Is there really a taint shrinkage crisis caused by phthalates? Trevor Butterworth of STATS has written to reassure us there isn’t, and provides a link to an article on the STATS website: On Tuesday, the Wall Street Journal launched a carefully-crafted attack on phthalates, a family of colorless oil-like substances that prolong the scent of perfume, make nail polish flexible, and prevent children’s toys from cracking under the pressure of being chewed among other uses. This follows on an activist-driven campaign over the past year to have the chemicals banned in the U.S (see STATS earlier article “A Health Care that Stinks” for more background). Without directly endorsing the studies claiming a link between phthalates and male genital deformation, the WSJ suggested that we should be nervous: Phthalates are everywhere, and male infertility is on the rise. Stop the production and distribution of materials using phthalates, so goes the reasoning. Only there’s a problem: the studies
Post a Comment
Read more

October 04, 2005
I usually don’t get alarmed about the dangers of toxic chemicals in the environment. The risks are all too often exaggerated, and inadvertently ingesting a little arsenic in a glass of water or accidentally breathing in a few particles of benzene from the air can hardly compare to the amount of toxins I get from all the cigarettes and alcohol I ingest on purpose. But I have become alarmed about phthalates. Phthalates are industrial chemicals found in all sorts of ordinary household products - adhesives, cosmetics, some types of wallpaper and flooring, many kinds of furniture, even toys. Scientists have discovered that boys whose mothers were exposed to high levels of phthalates while pregnant are likely to be born with shrunken taints . I truly wish I were joking about this, but the link between shrunken taints and phthalates appears all too real . 1 Why is no one speaking out about this? Must there be the tragedy of an entire generation of men born with tiny taints before
8 comments
Read more 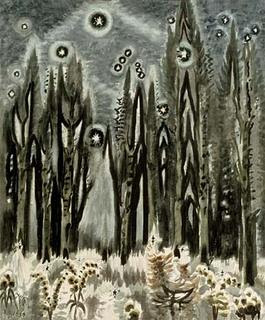 Orion in December "My instinct has always been to shut off all means of self-expression except the brush, so that its product might be all the more intense." - Charles Ephraim Burchfield. More paintings here and here .
Post a Comment
Read more

Hell for those at the receiving end

October 02, 2005
I often wonder if the city of Seattle could be any more boring. It turns out the answer is yes: Seattle Considers Lap Dance Ban ...the City Council is planning to vote Monday on some of the strictest adult-entertainment regulations of any big city in the country. No lap dances. No placing dollar bills in a dancer's G-string... Under these rules, dancers would have to stay 4 feet away from customers, private rooms would be barred, customers couldn't give money directly to entertainers, and the minimum lighting would be increased - think parking-garage brightness. If Jesus can have his feet washed by a whore, why is it wrong for an ordinary man to have his lap danced upon by a stripper? Obviously it isn’t. Sadly, arguments based on the Scriptures carry no weight with the God-hating Leftist types that run Seattle. That these regulations will force many girls, most of whom are capable of little else , into ‘other work’, is of no concern to these people. The zealots of the Se
2 comments
Read more
More posts