Showing posts from November, 2006
Show all

Expect delays from snow and ice

November 30, 2006
Some nights he could hardly sleep imagining how wondrous it would be. Seeds, all kinds of seeds in glass cases! Tractors! An entire wing of antique farm implements! A stuffed cow! And it could all be his, he was so close! If only it weren’t for that stubborn old bastard, refusing to let go... ____ On Tuesday US District Judge James Robertson ruled US currency unfairly discriminates against the blind as all American bills are the same size so the sightless can’t tell the different denominations apart. He’s given the Treasury 10 days to start working on the problem. Replacing existing currency with new notes of different sizes would be considerably expensive, not only for the Treasury but for industry (think of all the vending machines, ATM’s, etc., that would require retooling). A cheaper solution would be to keep bills the same size but print them using scented inks: Ones could smell like cabbage, fives like strawberry, ten-spots like cheddar, twenties like roast beef, hundreds l
1 comment
Read more

What beast? Why, an otter

November 26, 2006
Two weeks after she went missing, the corpse of a Florida woman was discovered “ wedged upside-down behind a bookshelf in her room in her family's home .” Apparently she’d been there all along, getting stuck while trying to “fiddle with a television set's plug at an outlet behind the bookshelf. Police said they suspect [she] was unable to breathe in the position and suffocated.” After reading of this bizarre tragedy I felt compelled to check behind my own bookshelves for dead bodies. Thankfully I found none, though I did find some sea otter carcasses, which I intend to mail to the editors of Cat Fancy magazine with a note reading “Murderers.” Elsewhere : The Chadian army has retaken Abeche .
Post a Comment
Read more

An otter, Sir John? Why an otter?

November 26, 2006
“52 percent of dead sea otters washing up on California beaches were infected with the parasite Toxoplasma gondii, the source of which was cat feces.” “Ten million tons of dog and cat excreta are disposed of each year in the United States; the city of San Francisco estimates that pet wastes make up 4 percent of its residential waste stream -- almost as much as disposable diapers. Poop B Gone, which had a prominent booth at the Pet Expo, is part of a rapidly growing service industry to help busy homeowners deal with pet wastes. In the areas of Long Island that they service, yard cleanup for one to two dogs runs $15 a week; litter box service is $59 a month for one or two cats, $105 for six to eight. I asked Mike, one of Poop B Gone's proprietors, if there was extra money to be made from the nutrient-rich dog wastes he collects. Has he considered a joint venture with a compost or energy entrepreneur? "No, we just have to pay the landfill to take it," he said.” - Salina, K
2 comments
Read more

November 19, 2006
Last Thursday Steve "the Grape Guy" Spalding, of Dallas, TX, “ caught 116 tossed grapes in his mouth in three minutes in what he hopes will become a new Guinness World Record ”. Inspired by Spalding’s feat, a similar world record was attempted by Archie “the Coconut Dude” Rawlings, of Federal Way, WA. As of this morning Mr. Rawlings remains in critical condition. In other stupid news from last week, Toys for Tots, a charity that provides Christmas presents to needy children, has rejected the donation of 4,000 foot-tall talking Jesus dolls because the dolls might offend Jews and Muslims. Why Jews and Muslims are celebrating Christmas no one can say, but it would be easy enough for the Muslim children to pretend the foot-tall talking Jesus is Osama Bin Laden. And couldn’t the Jewish children use the doll to stage make-believe crucifixions? That’s what’s wrong with kids these days - no imagination. UPDATE: Toys for Tots has reversed itself , and will accept the foot-tall talk
2 comments
Read more 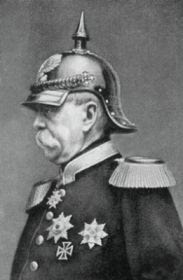 November 15, 2006
The Iraq Study Group is set to advise the White House on the debacle in Mesopotamia. I wasn’t asked to be part of the Iraq Study Group , if I had my advice would be to bring back the flamethrower and apply it unsparingly and without remorse – in Iraq as well. In other political news, Republicans appointed a Cuban, Mel Martinez, head of the party in order to appeal to the crucial Hispanic swing vote, which in reality isn’t crucial, always goes Democrat, and is mostly Mexican. While it hasn’t been announced yet, sources tell me another crucial swing vote Republicans plan on reaching out to is the fast growing cosplay community 1 , so expect to see Martinez making public appearances in a Smurf costume in the near future. 1 Not to be confused with “Cos-Play” community, which is people dressing up like Cliff Huxtable.
Post a Comment
Read more

The Tide: Can monkeys teach a lesson?

November 12, 2006
A Tide 1 correspondent visits a monkey a preserve , and discovers monkeys are a lot like people: “To a first time visitor, one of the noticeable traits of these animals is that they are truly African species, highly social and live in groups of 15-30, much like the typical African extended family life system, each animal of the same family look out for others.” Even better than people, in some ways: “A female monkey takes her sexual reproductive health and rights very seriously. Sexual reproductive health and rights is one of the actions that Africans must seek to fulfil to achieve the target of the Millennium Development Goals, 2015. There is also no question of perverse sexuality or violent sex.” The Tide correspondent also notices: “Interestingly, every animal in the group does the bidding of the dominant male.” That is interesting... Also from The Tide: Small Talks’ articles , all in one place. 1 Motto: “A commitment to truth”.
Post a Comment
Read more

The whole of the past

November 09, 2006
"I’m becoming more and more doubtful as to the validity of this way of carrying on. It’s not just names or being able to pronounce them: it involves a whole complex of associations. So far classical allusions and biblical ones and (in my case) liturgical ones still more or less work, but only more or less, because the whole of the past, as far as I can make out, is down the drain." - David Jones (c. 1952), in reference to his poem The Anathemata . [see David Jones & the sacrament of art , by Gerald Russello (reg. required)]
Post a Comment
Read more

November 05, 2006
A dolphin with legs has been captured : "Japanese researchers said Sunday a bottlenose dolphin captured last month has an extra set of fins that could be the remains of back legs” “The second set of fins - much smaller than the dolphin's front fins - are about the size of human hands and protrude from near the tail on the dolphin's underside. The dolphin measures 2.72 metres and is about five years old, the museum said. A freak mutation may have caused the ancient trait to reassert itself” Dolphins, as you may recall from school, were once four-legged land animals. At some point in the distant past they left the land for the sea (or “transitioned to an aquatic lifestyle”, as the anonymous wire service author of the article linked to above amusingly puts it). Why dolphins did this remains a mystery, possibly it was to avoid being eaten by dinosaurs. My own theory is they did it to get out of paying their heavy credit card debts. If dolphins are growing legs again, th
3 comments
Read more

November 05, 2006
From the town of Muzzafarpur “in the poor and lawless state of Bihar” comes word of a three-month-old boy named Praveen who has been robbing bus passengers in the company of a gang of armed men: "Villagers were angered when a police team arrived with a list of accused, including the boy. " How could our little Praveen be named an accused ?" said Shakila Devi, the child's mother." The instinct of a mother to defend her precious child, no matter how horrible and guilty he is, is a powerful one, isn’t it? I almost find it touching.
Post a Comment
Read more
More posts