Showing posts from June, 2010
Show all

The Greatest Dwarf Story Ever Told

June 20, 2010
I receive a missive from my old friend Judge Florentino Floro Jr . Just the other day I was wondering whatever happened to him, he must have read my mind (the judge is known for that sort of thing). It turns out he’s been working on a book about his amazing life, the three Mystic Dwarves, crab mentality Pinoys, the nature of the universe, and more. He writes: eElven Supremacy 2010: 27 years Dalliance; LUIS, Armand & Angel; the Violet Lights The Greatest Story of Friendship Ever Told, eBook Part One 2 years and a quarter of a century ago, LUIS, Armand and Angel changed my life and wrote my destiny (at exactly 7 p.m., June 2, 1983, at the wake of my father, Florentino, Sr.). Even if today’s scientists began to investigate aliens and the matter of how something can be made to travel faster than the speed of light, hoping that man can time travel, still, the Violet lights of LUIS remains a mystery and I predict that this pure light would be solely his and mine. The entire univer
4 comments
Read more 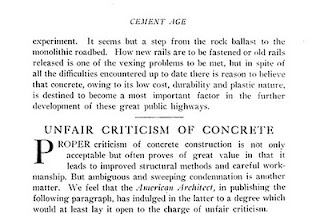 Some Day We Must Really Talk Things Over

June 18, 2010
We have known thousands who as young men at the University were volcanoes of originality and poetry, and promised to remain so, and now are either servile or liberal philistines. We, on the contrary, are steadily becoming strangers to the world and its ways, and live a private life which (silently for the moment) runs clean contrary to present trends. — Doesn’t it sometimes seem to you as though one fine day on a lonely path you would meet a dwarf who would open a secret door in the moss and stones of the forest and lead you into a new world? — Do drop your hostility to the Middle Ages! What weighs upon us, somewhat, are the apes of the Middle Ages, not the real, genuine age of Dante and his consorts, who were, au contraire, wonderful people. Classical antiquity, if it were imposed par ordre de Mufti, would not be much less irksome. I have in my hands the historical proofs of how wonderfully people enjoyed themselves in the Middle Ages, when life was more colorful and rich than can po
4 comments
Read more

The Moon Creeps Up to the Bubbling of Bassoons 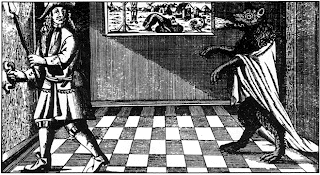 In 1658 the eminently learned Sir Kenelme Digby performed an experiment using a “well-polished silver bason” proving the “rayes of the moon are cold and moist.” Why lunar rayes are cold is obvious, but the source of their moistness has long been a puzzle (Sir Kenelme attributed the dampness to the sun, mistakenly believing the sun to be a “humid star”). But last week scientists at the Carnegie Institution's Geophysical Laboratory  finally found the answer. Moonbeams are moist because the Moon has lots of water in it , at least a “100 times more” than “previous estimates”. RELATED: Digby's extrordinary street fight .
9 comments
Read more 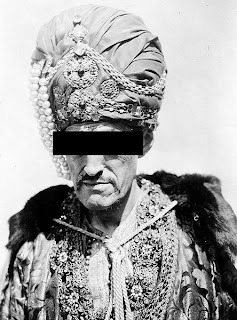 June 04, 2010
Pondering recent events in the Middle East I realized it would ease tensions if news reports referred to Israel’s raid on the aid flotilla as Israel’s raid on the AIDS tortilla. It then occurred to me redefining oil as “nature’s gravy” makes the oil leak crisis go away. A story headlined "Massive Flow of Nature’s Gravy Means Early Thanksgiving for Gulf Coast Shorebirds" would be heartwarming. Economic conditions seem less grim if one pictures the economy as a donkey who tries to rape children .
6 comments
Read more

These Donkeys Are No Gentle Doves

June 04, 2010
From Gaza another report of a Mussulman donkey turning suicide bomber . Given my animal bombs expertise and my low opinion of donkeys* it’s a disgrace the government hasn’t sought my advice on this growing threat . Donkeys who aren’t religious fanatics are still nasty creatures. After a Colombian donkey’s attempts to seduce two children failed, he viciously attacked them, sending both to the hospital. An acquaintance of the donkey said: "This donkey is no gentle dove...One may look at him with his ears down and his eyes half-closed and think he would not kill a fly, but when he is horny, dear mother, you have to be very careful." *Oddly, I once urged everyone to buy a donkey .
3 comments
Read more
More posts