July 04, 2005
Today is Independence Day, and all across our great big world people are celebrating the 4th of July in their own way. 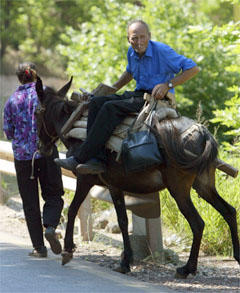 An Albanian peasant exercises his right to ride a donkey sideways. Later, in the spirit of freedom, the peasant will allow the donkey to ride him. Happy Independence Day Albanian donkey and friend! 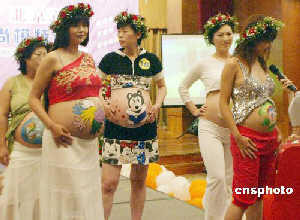 In China, overweight women demonstrate independence by painting their disgutingly large bellies. Benjamin Franklin used to celebrate the Fourth of July the same way, much to the embarassment of the other Founding Fathers (John Adams in particular). 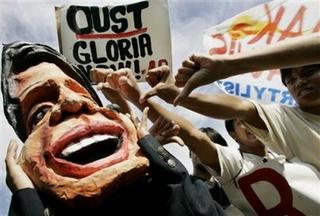 In the Philippines, a crowd celebrates July 4th by cavorting around a crude mask of the patron saint of freedom, Ronald Reagan.