Grappling with the unknown

"I expect the ruins to be monolithic in character, more ancient than the oldest Egyptian discoveries. Judging by inscriptions found in many parts of Brazil, the inhabitants used an alphabetical writing allied to many ancient European and Asian scripts. There are rumors, too, of a strange source of light in the buildings, a phenomenon that filled with terror the Indians who claimed to have seen it. The central place I call "Z" -- our main objective -- is in a valley surmounted by lofty mountains. The valley is about ten miles wide, and the city is on an eminence in the middle of it, approached by a barrelled roadway of stone. The houses are low and windowless, and there is a pyramidal temple. The inhabitants of the place are fairly numerous, they keep domestic animals, and they have well-developed mines in the surrounding hills. Not far away is a second town, but the people living in it are of an inferior order to those of "Z." Farther to the south is another large city, half buried and completely destroyed." 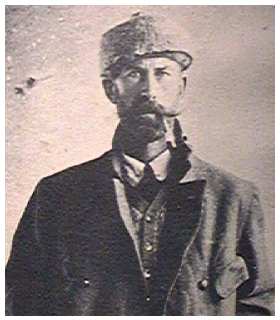 – Explorer and mystic Colonel Percy Harrison Fawcett. His fate remains a mystery. Was he eaten by cannibals? Did he find an inhabited underground city somewhere in the Rocondor Mountains? Or did he vanish into the jungle on purpose?

"El Kudz, as Arabs call Jerusalem, is, from a certain distance, as they also call it, shellabi kabir. Extremely beautiful. Beautiful upon a mountain. El Kudz means The City, and in a certain sense it is that, to unnumbered millions of people. Ludicrous, uproarious, dignified, pious, sinful, naively confidential, secretive, altruistic, realistic. Hoary-ancient and ultra-modern. Very, very proud of its name Jerusalem, which means City of Peace. Full to the brim with the malice of certainly fifty religions, fifty races, and five hundred thousand curious political chicaneries disguised as plans to save our souls from hell and fill some fellow's purse. The jails are full.

"Look for a man named Grim," said my employer. "James Schuyler Grim, American, aged thirty-four or so. I've heard he knows the ropes."

The ropes, when I was in Jerusalem before the war, were principally used for hanging people at the Jaffa Gate, after they had been well beaten on the soles of their feet to compel them to tell where their money was hidden." 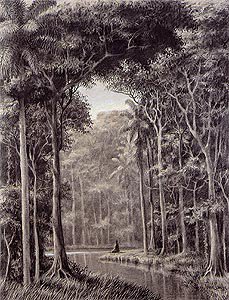 Meditador
The drawings of Tomás Sánchez.

"It’s not often that an experienced critic finds himself confronting the work of an “unknown” painter—unknown, that is, to the critic—only to discover that he’s looking at the paintings of a master talent. But this was my experience upon visiting the exhibition of paintings by the Cuban artist Tomás Sánchez (b. 1948) at the Marlborough Gallery" - Hilton Kramer.

Mastering the Kimura (with illustratations).
quotes