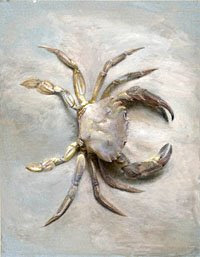 "Ruskin's upbringing, so beautifully remembered in his fragmentary autobiography, Praeterita (Shakespeare's "things past," Proust's temps retrouve), was a careful and loving education in piety, character, and intellectual curiosity. His parents hoped he would be a clergyman; Ruskin was all for being a geologist. He was a brilliant child. He was taken around England in comfortable coaches, and on European tours to see paintings and cathedrals. He fell in love with crystals, glaciers, alpine valleys, landscape painting, poetry, Greek and Latin, Gothic architecture, a daughter of the Domecq family (the wine business's French connection) and played with her in the Hampton Court topiary maze (Ruskin's first real labyrinth, though he'd seen the mazes on the floors of French churches, at Amiens and Chartres, and the Italian one at Lucca). He learned everything except the facts of life." - Guy Davenport (review of John Ruskin: The Later Years, by Tim Hilton).

"It is in Venice, therefore, and in Venice only that effectual blows can be struck at this pestilent art of the Renaissance. Destroy its claims to admiration there, and it can assert them nowhere else." - John Ruskin, Stones of Venice

"The wonderful MSS. in St. Mark’s Library, at Venice, from which this drawing is copied, contains the earliest botanical drawings I know of approximate accuracy. They are, however, like all previous work, merely suggestive of the general character of the plant, and are very imaginative in details. But I should like you to copy this one, because it will show you the delicacy and care of Venetian school-work; and farther impress on you the Venetian respect for law. Every plant, whatever its own complexity of growth, is reduced in [Page 57]this book to some balanced and ornamental symmetry of arrangement.

There is a beautiful piece of fancy in the page representing the common blue chicory. Its current Latin name in the fifteenth century, from its rayed form, was Sponsa Solis. But its blue colour caused it to be thought of as the favourite, not of the sun only, but of the sky. And the sun is drawn above it with a face, very beautiful, in the orb, surrounded by vermilion and golden rays, which descend to the flower through undulating lines of blue, representing the air. I have never seen the united power of Apollo and Athena more prettily symbolized.

I think, then, you cannot be introduced to the practice of colour under better augury than by this good old Venetian herbalist, with his due reverence for aerial and stellar influences; nor by any worthier plant than this wild one of the lowlands and of the hills; which indeed once grew freely with us ‘in divers places, as in the towne pastures by Andover, and also upon the banke of a mote that encloseth a house in Bushey, fowerteene miles from London:’ and which I doubt not grows now, at least the Alpine variety of it, as it did then, ‘on Bernard’s Hill in Switzerland.’ And with its fair little folded mantle of leaf, and Arabian alchemy, strong to heal wounds and to prolong youth, it may take happy place, with the white mountain Dryas, among the thornless roses.

And now in beginning colour:—remember once for all (and it is the main meaning of what I said long ago—‘you are always safe if you hold the hand of a [Page 58]colourist’), that you cannot colour unless you are either happy as a child is happy, or true as a man is true—sternly, and in harmony through his life. You cannot paint without one or the other virtue—peace of heart, or strength of it. Somehow, the very colour fails, itself, under the hand which lays it coldly or hesitatingly. If you do not enjoy it, or are not resolved it shall be faithful, waste no time with it." - John Ruskin, The Elements of Drawing, Catalogue of Examples (1870)

(The Elements of Drawing is "a searchable and browsable online version of the teaching collection and catalogues assembled by John Ruskin for his Oxford drawing schools". Note the quality of Ruskin's own work, of which the collection contains 417 examples.)
quotes Ruskin