We’re All Foreigners There 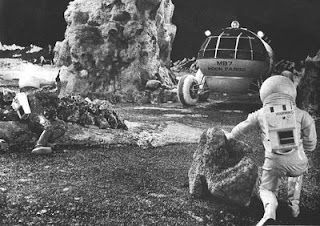 I laughed when Ugandan President Yoweri Museveni announced his dream of going to the moon (“We must also go there and say: ‘What are you people doing up here?’”). At the time, I had no idea he owned a $48 million private plane, purchased using money given to him by the US and EU. Now he is using $22 million in foreign aid to buy seven supersonic fighter jets Ugandans can’t fly or maintain. Our generosity, then, may have caused Museveni to believe Western nations will someday buy him a rocket ship. I’m starting to believe it myself.
afronauts there's a vampire moon Uganda