January 26, 2006
Did human beings have differently shaped skulls, and thus smaller brains, a mere 650 years ago?1 According to new research by a British orthodontist the answer is yes:

“The two principal differences discovered were that our ancestors had more prominent features, but their cranial vault - the distance measured from the eyes to the top of the skull - was smaller. Dr Peter Rock, lead author of the study and director of orthodontistry at Birmingham University, told the BBC News website: "The astonishing finding is the increased cranial vault heights.

"The increase is very considerable. For example, the vault height of the plague skulls were 80mm, and the modern ones were 95mm - that's in the order of 20% bigger, which is really rather a lot."

He suggests that the increase in size may be due to an increase in mental capacity over the ages.”

I did some research of my own, and found that there are many pictures from around slightly after the era discussed illustrating exactly such differently shaped heads with “more prominent features” but smaller length of “cranial vault”: 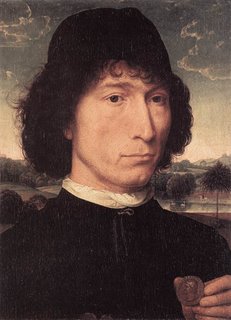 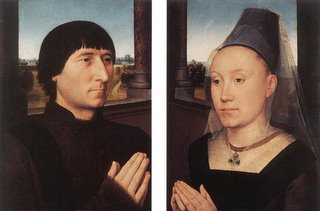 It also seems humans in the medieval ages came in a wider variety of heights than they do now, as seen in this painting depicting a giantess and her five foot tall infant: 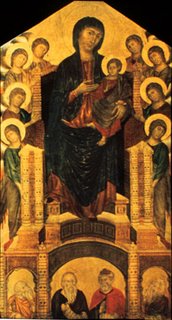 And, according to this 14th Century church painting, in some parts of England human beings still lived in trees: 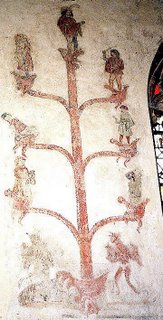 The past, as they say, is another country. A country filled with slope-head tree dwellers and enormous babies.

1See Steve Sailer: Are our frontal lobes bigger than in late Medieval times?