January 29, 2006
The government of the Malaysian state of Johor is attempting to track down the legendary Bigfoot-like animals reputed to stomp about the jungles there (when was the last time your lousy government did something as nice for you?).

Eyewitnesses describe the creatures as being tall, hairy, ape-like bipeds with huge feet. Locals call them Hantu Jarang Gigi. Why locals do this is a mystery in itself, for Hantu Jarang Gigi means “ghosts with widely spaced teeth”.

The chief minister of Johor, Abdul Ghani Othman (remember that name Nobel Prize Committee!) says the expedition will be a “proper scientific” one, that will be careful “not harm or frighten the creatures”. Hopefully expeditions allowed to frighten and harm the beasts will come later.

Sasquatches with dental problems are not the only unusual creatures infesting Malaysia these days. In the resort area of Tuaran a crustacean scientists have been unable to identify, possibly a new species, has been found:

"Characteristic of crayfish is its joined head with the thorax (mid-section) and a segmented body, four pairs of legs and a pair of pincers. This creature has all those general features" 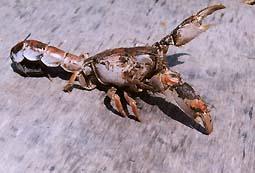 These disturbing creatures are able to scuttle in all directions, including (and unlike crabs) backwards. Worse:

"...there is something very unusual about the pincers - they are not equally curved claws as in most cases.

Rather, the lower claw is short while the upper claw shapes like a sharp blade three times longer"

In contrast to the gentle Malaysian bigfoot, these fiends menace innocent people. As Christopher Chan, who captured the specimen, described his encounter “it lunged forward and snapped its claws with a very audible "dik" like two metal claws hitting each other”. Local villagers, who claim to know of the animals, and call them Bankala (I’m afraid to ask what Bankala means, probably something to do with gum disease) similarly say “their claws are so sharp and attack so much, we don't catch them”. The villagers also claim “They bore deep into the earth in the mangrove and nipah forest floor and won't come out unless their holes are covered by big floods.”

I wonder if seismic activity might not also force the demonic crawdads up from their deep underground homes to the Earth’s surface as well. I suspect this because of past examples of unusual and mysterious crustaceans appearing in areas prone to earthquakes, most famously the giant crab, dubbed 'Crazy Crab' by the media for his erratic behaviour, which terrorized San Francisco during the summer of 1984 before vanishing never to be seen again. 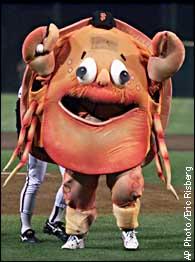 Crazy Crab on the loose. 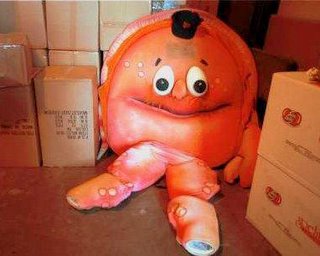 The mysterious giant crab hiding in warehouse. The creature was gone by the time police arrived.
anomalies Malaysia science